The Park Department and Whitley County EDC, along with Mark Minick cut a ribbon September 14, during the South Whitley Fall Festival to dedicate the park with more than 50 community members present.

While mostly complete, the park department explained there are still shade sails and more landscaping to be added before the park is finished.

“The Park and Recreation Department is glad a piece of property that was such a staple in this community for so long is still able to be used as a place to bring people together and be a community,” said Jeff Beer, director of South Whitley Park Department.

The park site is where the former Kent Theater once stood. The original theater known as “Star Theater” then, was built back in 1907. Thirty years later, local residents Don and Vi LeBrun purchased the theater, and it became a treasured place for residents and visitors to spend time together in South Whitley. The LeBruns owned and operated the theater for nearly 60 years, until Don died in 1993, and Vi passed away the following year in 1994. The theater was then passed down to family members respectively.

Mark Minick was the owner who donated the land back to South Whitley.

“The Kent Theatre was a very important and integral part of the town and the surrounding area. It was a local entertainment center, sometimes an escape, a place to socialize. It was a historic building that families have enjoyed for many years,” Minick said. “As a landscape architect, I sat down and drew up a plan for a park on the site. I set it aside for a couple of years. Because it was Kent Theater first, we are able to be here. I was proud to donate the land back to the community who supported the theatre for so long.”

The Park Department, Community Foundation of Whitley County,  and Whitley County EDC partnered to launch a crowdfunding campaign in late February of this year, to raise dollars for the new park. The crowdfunding campaign was launched as part of the Indiana Housing and Community Development Authority’s (IHCDA) CreatINg Places Campaign. The CreatINg Places Campaign is a place-based crowdfunding program that was created between IHCDA and Patronicity.com, to encourage citizens to actively support community development projects and activities in their local communities.

Through an application process, the project was one that was selected by the IHCDA to receive a matching grant of $30,000. The matching grant from IHCDA was contingent upon the community raising the first $30,000 toward the project. The community exceeded that goal before the deadline in late April.

“This is great for the community,” said Bri Sims, South Whitley Park Department board member. “I hope it’s a place people will choose to relax and hang out.”

The Park Department is planning to have their first family movie night in the park later this fall and plans to also use the space for concerts, farmers markets, food truck events, and more.

“It is my honor to be a part of this and give something back to all of you,” Minick said. “Please enjoy the park.” 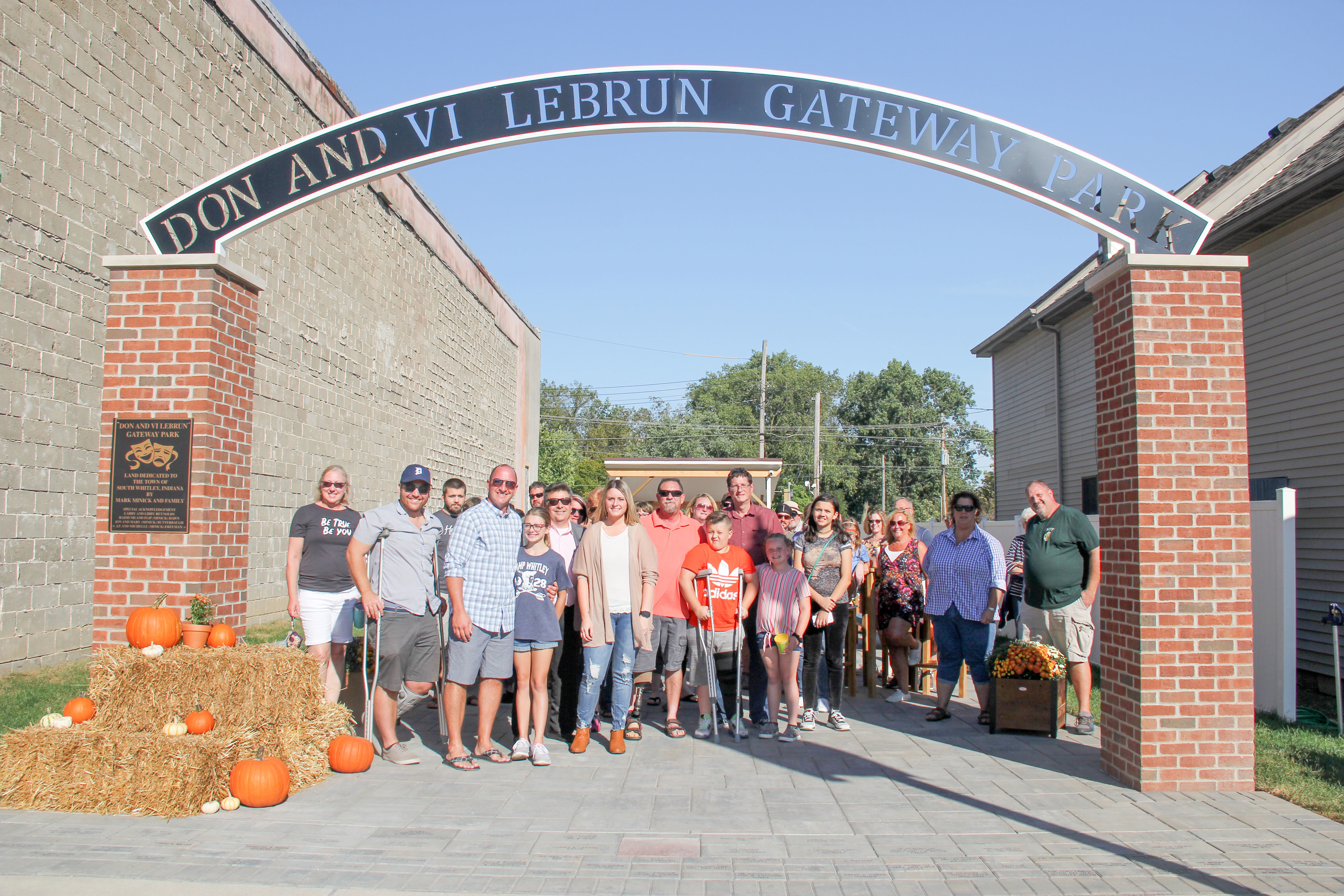